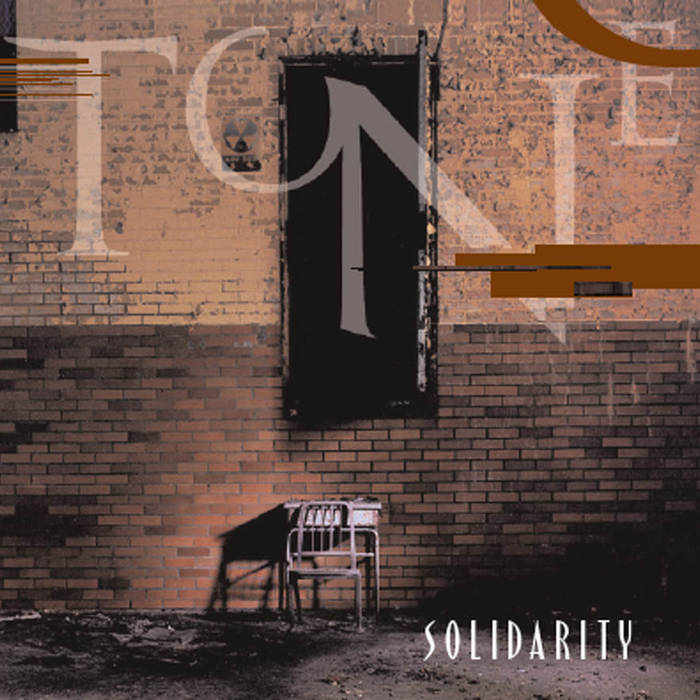 Defined as: 'a unity based on a community of interests.'

Ensemble = acting together to produce a particular effect

There has been music from Tone over the years. It is clear to anyone who follows this Washington D.C. group - and will be obvious to all that are introduced to Tone through "Solidarity" - that this is the work of significance. Check not the source, but focus on the present of this instrumental band.

What matters now is that Tone is privileged to call Neurot Recordings home, and to present "Solidarity" to all. Jump into the sound the band is creating now, at this artistic moment, and revel in it. Then imagine each track played with masterful control and touch, amplified and impressively recorded by the mighty J. Robbins (Against Me!, Clutch, Murder By Death).

Tone have proven themselves to be devotees to the math and science of the guitar through five albums prior to Solidarity. At the center of each record has been a precision that was present at the band's inception, a precision that has allowed (now) eight players to chase the same thing? one massive phrase, cycle, or as is with guitars, one massive riff.

Tone now find their recordings subject to an unexpected axiom - the law of entropy. The band is moving from a more ordered to a less ordered state with every record. This is not to suggest the band has lost skill or focus, but rather that they use their knack for cacophony to cover a greater breadth, expanding the current roster to include five guitars, one bass, and two drummers.

Tone's ever widening orbit around the riff has allowed the songs on Solidarity to carry even more emotional weight than 2003's Ambient Metals (Dischord), which staked a claim to sonic territory along side those with whom Tone so often share a stage: Mono, Explosions In The Sky, Tulsa Drone, Do Make Say Think, Maserati, and godspeedyou!blackemperor.

This time around Tone capitalizes on the space provided by the doubled percussion to open the band to careful passages; conversely, they allow a formidable counterweight to the enormous soaring attacks of five guitars. Solidarity expands the boundaries of Tone, whereas they once communicated a single new idea, they now communicate a new method of thought.

Founded in DC by Norm Veenstra and Gregg Hudson, TONE has relentlessly explored the often unpredictable, always epic sonic path of a dedicated instrumental ensemble. Currently a five-piece band, the ranks of TONE have swelled to as many as nine through the years to include multiple guitarists, bass players and drummers. TONE's latest recording, Antares, is available from Dischord. ... more

Bandcamp Daily  your guide to the world of Bandcamp